What is Domestic Air Conditioning? 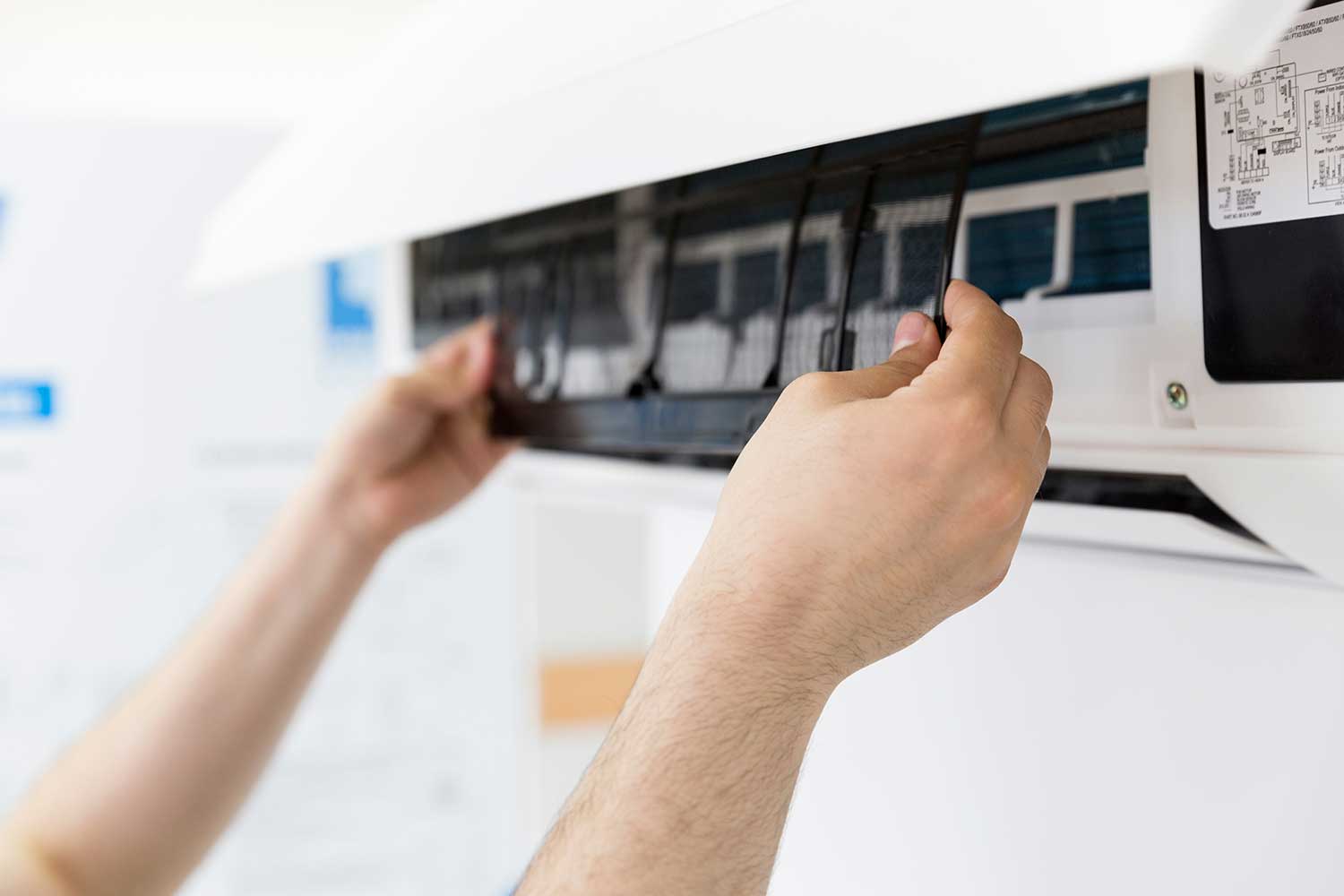 Air conditioning is simply the removing from an enclosed space of hot or warm air and replacing it with cooler air.

Or it can be described as the removal of heat or cold from a room through the use of a device to provide the occupants with comfort and relief.

Ancient Egypt, for instance, used to put damp reeds on its window sill, and the Persians used wind towers, etc.

In the year 1902, an engineer named Willis Haviland Carrier invented the first electric AC. In a printing factory in New York, USA, he designed his invention to solve a problem.

Without the previous work of other scientists, Willis’ invention would not have been possible. For example, John Gorrie. The man who invented the ice machine, Benjamin franklin, john Hadley and so on.

Domestic Air conditioning is simply air conditioning for your home. AC is becoming increasingly popular because the conventional methods of cooling homes are no longer working due to climate change (summers are much warmer now than it was before).

Modern air conditioning will provide useful reliefs from heat or cold. It’s possible to use air conditioning systems throughout the year. The systems can be switched into a heating mode when the temperature decreases or vice versa. AC systems will keep you warm in winter and cool in summer.

How do Domestic AC works?

First of all, there must be a compressor, a condenser, a refrigerant, a condenser coil, and an expansion valve in every air conditioner. These mechanisms jointly function to remove heat and moisture from inside your house to outside. It would be best to find a shady area for the condenser before installing an air conditioning unit. Condensers placed in open spaces can be damaged by the sun’s heat, adding additional costs to repairs in the process. Besides, it needs to be in a location that will not hinder its airflow whenever it is in use. This will ensure maximum efficiency.

There are different types of domestic AC

There are different types of Domestic air conditioning systems, including but not limited to: central air conditioning systems, outdoor compressors, little plug-in units that you can place on the floor or mount on a window, etc. You need to ensure that the AC you choose suits your needs and your long term budget. It is very crucial to do so because the Air conditioners must be maintained and serviced regularly. They are dependent on electricity, thereby increasing your electricity bill. 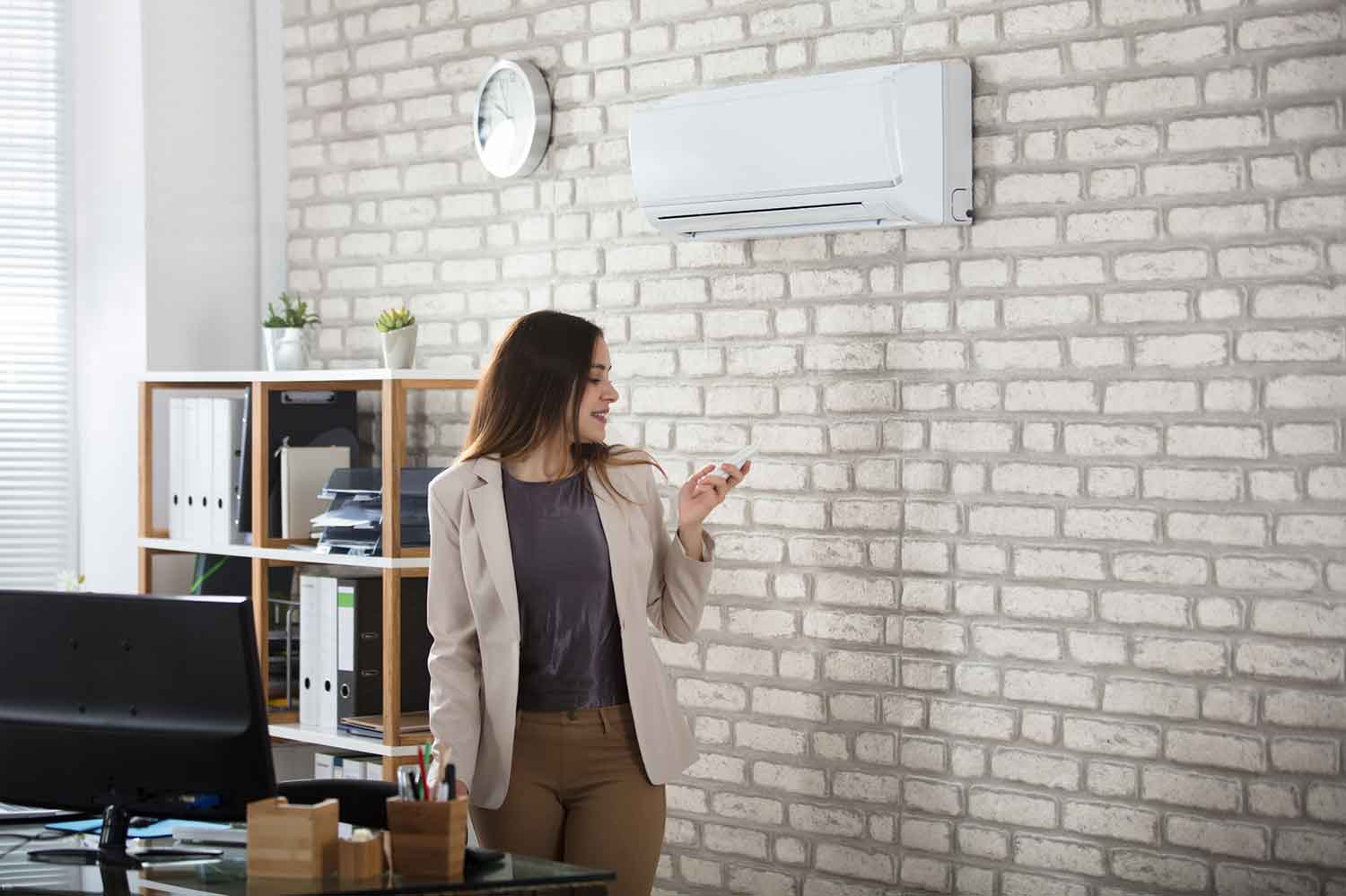 3.            Portable air conditioners: As its name says, this type of AC is easy to move around. It works by absorbing air then cooling it before directing it back into the room. And the excess hot air is then pushed outside through an exhaust hose passing through a window. This kind needs no installation. However, this unit tends to be noisy. It uses evaporative coolers, which tend to be impractical or useless in places where the humidity is high.

4.            Ductless, mini-split air conditioner: ductless air conditioning systems or mini-splits connect individual units to one outdoor compressor. The indoor units absorb the warm air from the room, cool it via a refrigerant, and release the cool air. All the indoor units then transfer the warm air to the outdoor component. This unit can blend perfectly with the room, they work quietly, and they have high energy efficiency.

5.            Central air conditioning: This is like a giant refrigerator. It is perfect for larger homes. This Air conditioner circulates cool air throughout your house through a system of ducts. Whenever the air becomes stuffy, it then transfers the stuffy air back to the air con through these ducts for cooling.

6.            Heat pumps: This moves heat from one location to another. A heat pump functions by pulling heat from outside to warm an area or cool it. Air to Air heat pumps are mostly used for heating, but they can also cool a room. It is a more effective method to heat or warm up your home than direct electric. It is also easier to install. Air to Air pumps is also very suitable for rooms that are not used frequently.

7.            Ducted or Concealed unit: This is very expensive to run and is the most noiseless. Because they are located in the ceiling, floor or outside, they are broken into two units. Indoor and outdoor. The indoor unit is placed in a concealed location in your ceiling or on the floor, with ducts distributing air via hidden air vents on the roof (or ground) throughout your home. The outdoor unit will be situated at a location outside your home.

Over 300 per cent efficiency is still provided by the vapour compression cycle. It is, therefore, a much more efficient form of heating than direct electrical heating.

Installation on a retrofit basis is also far less disruptive. Air-to-air units are majorly installed as auxiliary heating systems. Air has a specified capacity of one for heat. In contrast, denser products have a higher specified heat capacity and store up to around four times more heat. Air can, therefore, quickly heat up and cool down much faster with the same amount of energy utility. In contrast, heating units that are focused on the air can have a swift reaction time.

Air conditioning systems maximize the comfort of everyone in the home. Modern home air con systems provide a cleaner and more comfortable atmosphere for every family member and pets.

One further significant advantage of having a modern AC system is its effect on your energy bills. An optimally functional current AC system will be many times more energy-efficient, thus drastically reducing your energy bills. Contact us today to see how we can help you with your domestic air conditioning solutions 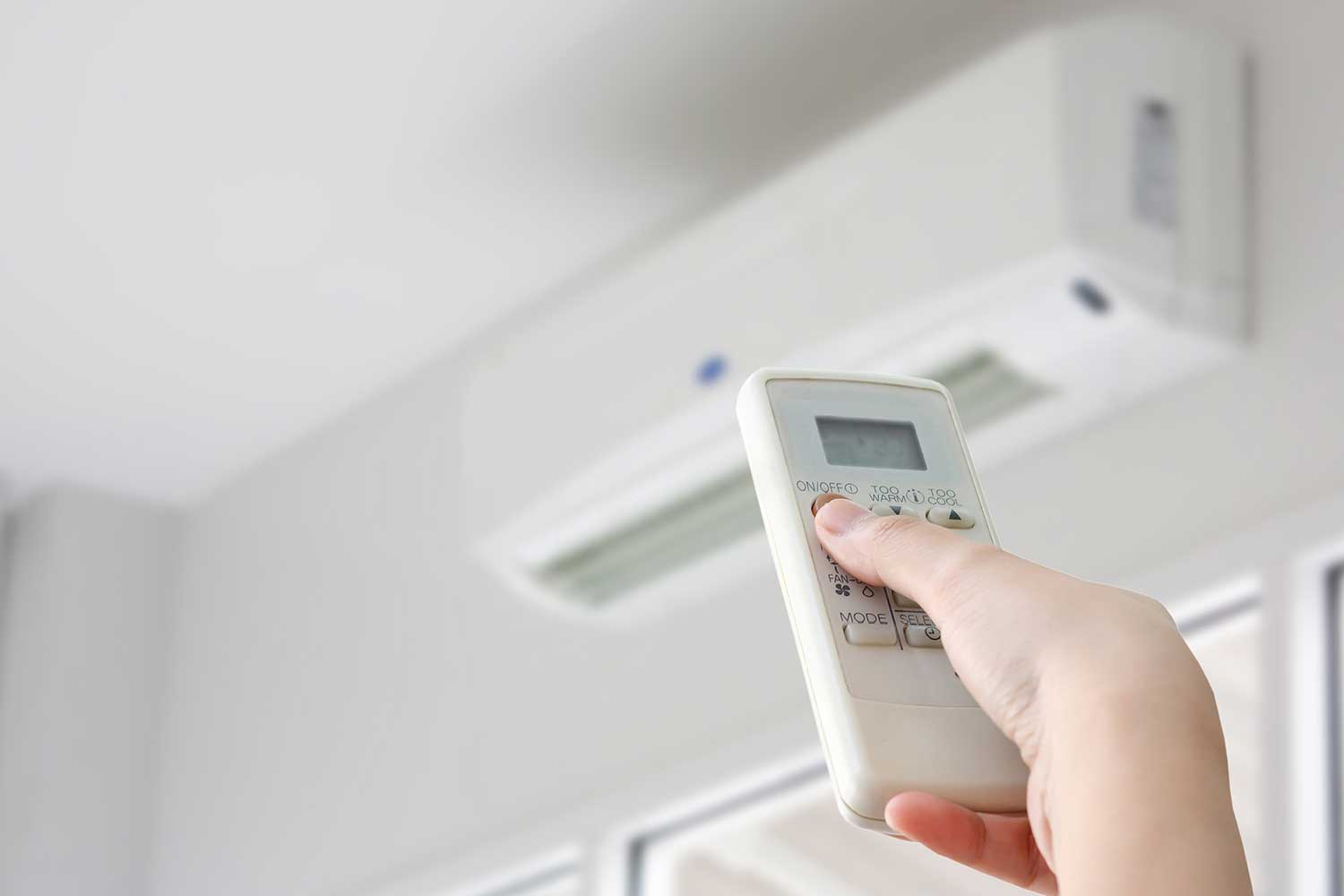